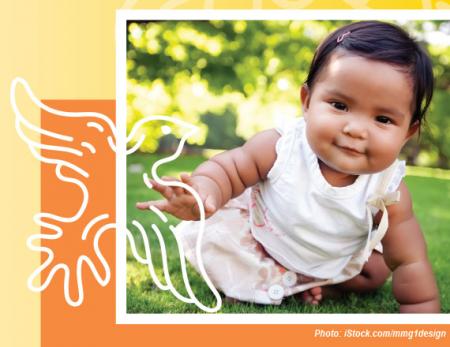 Since 2017, La Cocina has worked to improve the lives of the Spanish-speaking communities in Larimer and Weld counties. Originally founded to provide much needed mental health services in the community, the organization has expanded to cover other areas of need, including home-based child care.

Dr. Janina Fariñas is a pediatric clinical psychologist and CEO of La Cocina. In 2016, she was an assistant professor and clinical faculty at Colorado State University. La Cocina started when she and three of her students noticed more Spanish-speaking patients seeking mental health services in the“It was initially just grassroots,” says Fariñas. “We did organizing efforts for our community to be able to dialogue together about some of the issues that were coming up around the 2016 election.”

Fariñas and her students started listening circles where they could chat with the community about their fears and concerns. Through those conversations, La Cocina was created to work collaboratively with the Latinx community to provide full access to mental health and health equity services. La Cocina, which means “the kitchen” in English, was chosen as the name because it’s the warmest, most nourishing place in the home and is meant to convey that their programs are a safe place for community members to come together.

La Cocina started meeting on Saturdays, and on the first official day 25 families showed up. Within the first 10 months of operation, it had helped more than 50 Latinx families. Starting with four volunteers, it now boasts a staff of 23, and has helped roughly 1,200 area Latinx families.

As the community gathered weekly, the team noticed more home-based child-care providers showing up. Some people know them as friends, family, and neighbors care (FFNs). La Cocina calls them by the Spanish translation: familia, amigos, y vecinos apoyándonos (FAVAS). From those conversations, ¡Somos FAVAS! (We are FAVAS) started to take shape.

Fariñas and the La Cocina staff believed it was important to have the FAVAS play an integral role in crafting the program. The initial FAVAS helped co-design a six-month training program, which includes nine individual modules. Topics covered include business development, contracts, setting boundaries, and self-care.

“We felt like the FAVAS were really representing a network of people who needed to support each other,” says Fariñas. “And to me, that was also really meaningful because I did see them as planting seeds of hope and well-being in the community.”

By March 2022, the La Cocina team had worked with 47 FAVAS. The current cohort has 17 more participants. Fariñas believes there could be upwards of 250 FAVAS in Larimer County. Each FAVA fills an important role in the community, too, allowing others to contribute to building the local economy.

“People are able to work in the community because a FAVA actually takes care of their kids for a much lower rate than an early education center charges,” Fariñas says.