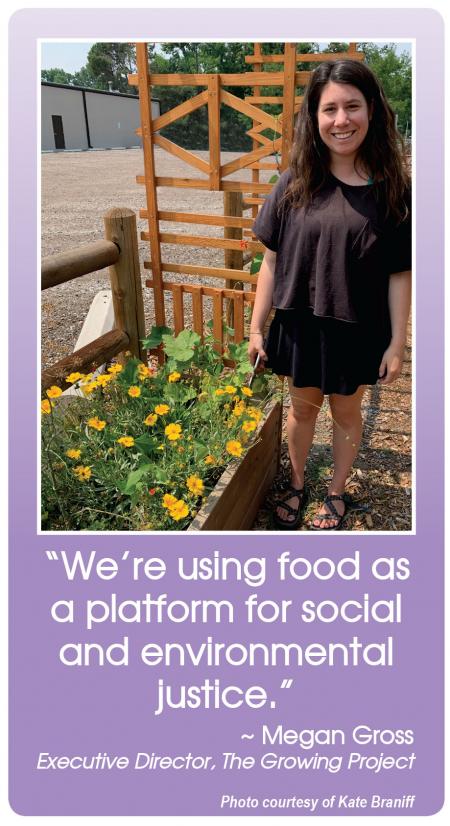 You might’ve seen the sunflowers towering above the city parking lot off of Maple Street in Old Town. With the sound of train whistles in the background, where the cracked pavement ends, begins a menagerie of fall veggies and flowers, with a wooden sign that reads “FoCo Commons Garden.”

But who owns the garden?

“It’s a commons garden, meaning it belongs to everyone,” says Megan Gross, executive director of The Growing Project, a Fort Collins-based nonprofit responsible for the garden. “All the resources in the garden are commonly held by the community and not owned by any one person privately.”

The garden, open 24 hours a day and equipped with a solar charging station, serves as headquarters for The Growing Project, founded in 2008. The group began using urban agriculture to increase food access, but has truly grown into a food justice organization, their mission focusing on people and culture through education, resources, and access to local growing opportunities.

According to the Colorado Health Institute, food insecurity is linked to lower nutrient intakes and poor health outcomes. One in 10 Coloradans, primarily young adults in rural areas, women, and members of the Black and Latinx communities, experience food insecurity.

“We’re using food as a platform for social and environmental justice,” explains Gross. “Food plays such a huge role in a person’s identity, and some folks just don’t have access to culturally appropriate food.”

The commons garden, hosting 200 hours of volunteer service each year, boasts drought-hardy, bee-friendly crops and flowers that thrive in the Fort Collins climate, reducing water usage and supporting local ecosystems. Each growing season (spring-summer), the garden produces 1,000 to 1,500 pounds of fresh produce for the neighboring nonprofit, FoCo Café, and serves as a classroom for programs, education, and horticulture therapy. 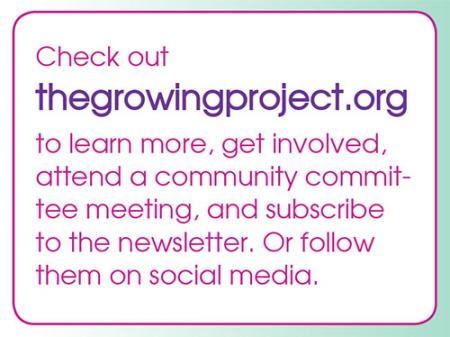 One of the organization’s most successful programs is Gifted Handz, a mentorship program created in partnership with the Cultural Enrichment Center. The center teaches Black middle and high school students cultural identity and African-American history through art, music, mentorship, and food production. Gross says the food component takes place at the commons garden. All the teens in the program are responsible for choosing crops, planning the layout, planting, and harvesting.

The Growing Project also started a paid internship this year called Growing Civic Leaders in which a young woman overcame personal hurdles and was able to learn leadership, job skills, and how to live independently after graduation. Thanks to the skills she learned during her summer internship, she was able to get a job managing another nonprofit’s garden.

Looking to the future, The Growing Project is working to secure land for a commons farm to cultivate communal space for community-led food justice projects, to maximize their impact and multiply their reach.