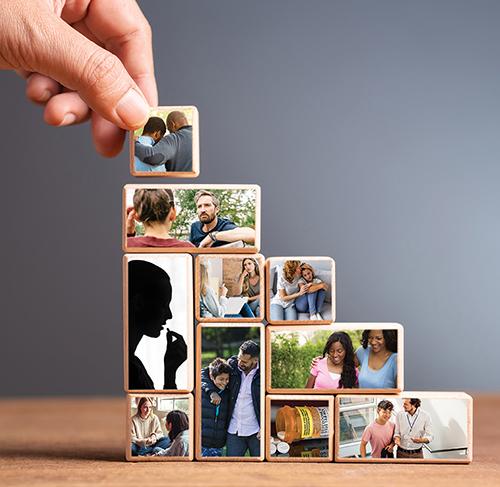 A research study in the Journal of the American Medical Association sounded alarms nationwide: Teen overdose deaths related to fentanyl, a powerful synthetic opioid, rose from 253 in 2019 to 884 in 2021. In fact, fentanyl was identified in 77% of all adolescent overdose deaths in 2021.

Fentanyl’s presence in our community is equally concerning. “Prior to 2019, we took so few fentanyl pills off the street, it wasn’t even a number we tracked. Now we’re taking thousands of pills in each long-term investigation,” says Larimer County Sheriff’s Office Lieutenant Ian Stewart, commander of the Northern Colorado Drug Task Force.

Fentanyl is also being added to other substances, and teens experimenting with drugs often don’t know what they’re taking, explains Rachel Olsen, with the Alliance for Suicide Prevention in Larimer County.

“Many of the teen overdoses from fentanyl in Colorado occurred when teens were using another drug that contained fentanyl. In many circumstances, it was their first time trying a substance.”

Available in many different forms—including pill, powder, liquid, dermal patches, and lollipops, for example—fentanyl is often mixed into other street drugs to produce cheaper substances. As a result, people may ingest fentanyl unknowingly.

Fentanyl can be found mixed with many substances including cocaine, heroin, meth, molly, ecstasy, and other recreational drugs. Also, counterfeit opioids can be made to look just like prescription pills such as Vicodin, OxyContin, and hydrocodone.

While individuals who regularly use opioids are at highest risk for overdose, consuming any form of fentanyl poses a significant risk for overdose. Because fentanyl is strong and often hidden in other substances, accidental overdose can occur quickly and unexpectedly.

Considering the ease with which youth can access fentanyl, it’s no wonder that parents, in particular, are concerned.

Instead of focusing on fear, we need to have open conversations with youth about the risks of taking drugs, says Dylan Dunn with SAFE Project (Stop the Addiction Fatality Epidemic), an organization founded by retired U.S. Navy Admiral James Winnefeld and his wife Mary, after losing their 19-year-old son to an accidental opioid overdose.

Dunn joins Olsen and José Esquibel, associate director of the Colorado Consortium for Prescription Drug Abuse Prevention, in pointing parents, teachers, youth, and other community members to evidence-based practices, and resources that promote better understanding and solutions to the teen fentanyl crisis in northern Colorado.

“We have the solutions to these problems,” says Dunn. “Our biggest asset is going to be parents and teachers willing to have open and honest conversations with our teens about drug use and how to save a life, and being well-informed themselves.” 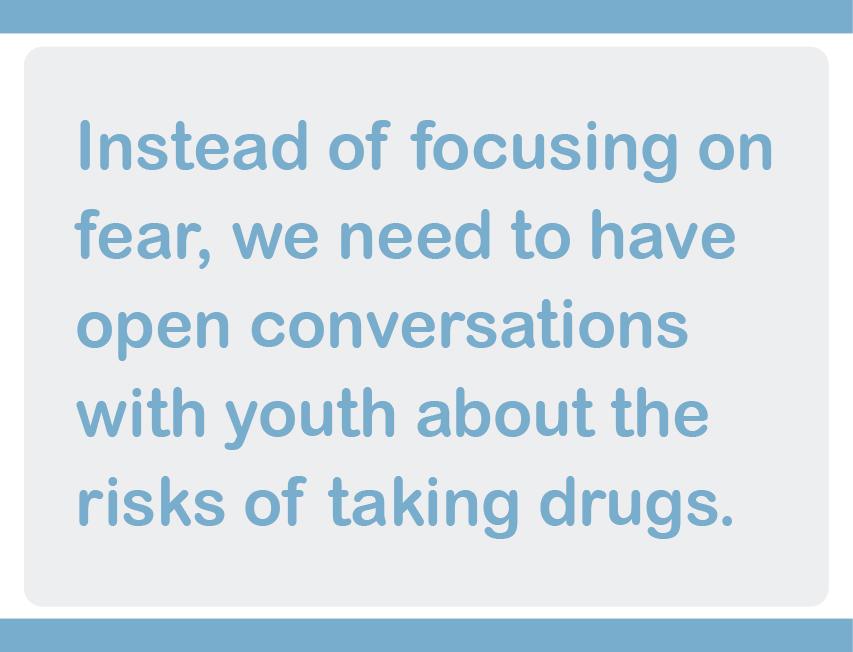 An important preventive tactic that can save lives is talking with teens about fentanyl and its prevalence in Larimer County.

“Adults can help youth manage the struggle through adolescence by providing teens with factual information, not scare tactics, so they can make smart decisions,” says Esquibel.

The majority of teens who begin misusing prescription drugs do so within their own homes, thinking that if a drug is prescribed by a doctor, it must be relatively safe.

“Share truthful information about the unintended consequences of Rx misuse (especially if it’s not your prescription and you can’t know for sure where it came from) and how to help peers if they see someone in trouble,” Dunn advises. Research shows that kids who learn about drug risks from their parents are half as likely to experiment with drugs as youth who don’t have that conversation with their folks.

Low-cost fentanyl test strips help people make educated decisions about drug safety. The test strips can detect minuscule amounts of fentanyl in pills, powders, or injectables, and can save the life of a teen who’s experimenting for the first time—or someone who’s using a preferred substance from a new source.

Have naloxone/Narcan on hand and know how to use it

Fentanyl overdoses are preventable, and naloxone/Narcan can save lives. Naloxone/Narcan, free to anyone who wants it in Colorado, is a medicine that can reverse the vast majority of overdoses. “If parents have any concerns that their kid is experimenting, they should have Narcan on hand and then get kids into treatment, so they’ll get the help they need,” says Esquibel. Ask your doctor for a prescription and fill it at a local pharmacy.

“Teen fentanyl use is linked to the growing need for our community to provide more social-emotional resources for youth,” says Olsen. Teens are being more forthcoming about mental health issues they’re experiencing, but they need more coping skills, timely access to resources, a sense of belonging in our community, and trusted adults they can rely on.

Waitlists to see a therapist or psychiatrist can be weeks long, and there’s no guarantee that the provider will take the youth’s insurance, Olsen says. She advises parents to seek out community programs that help reduce these hurdles.