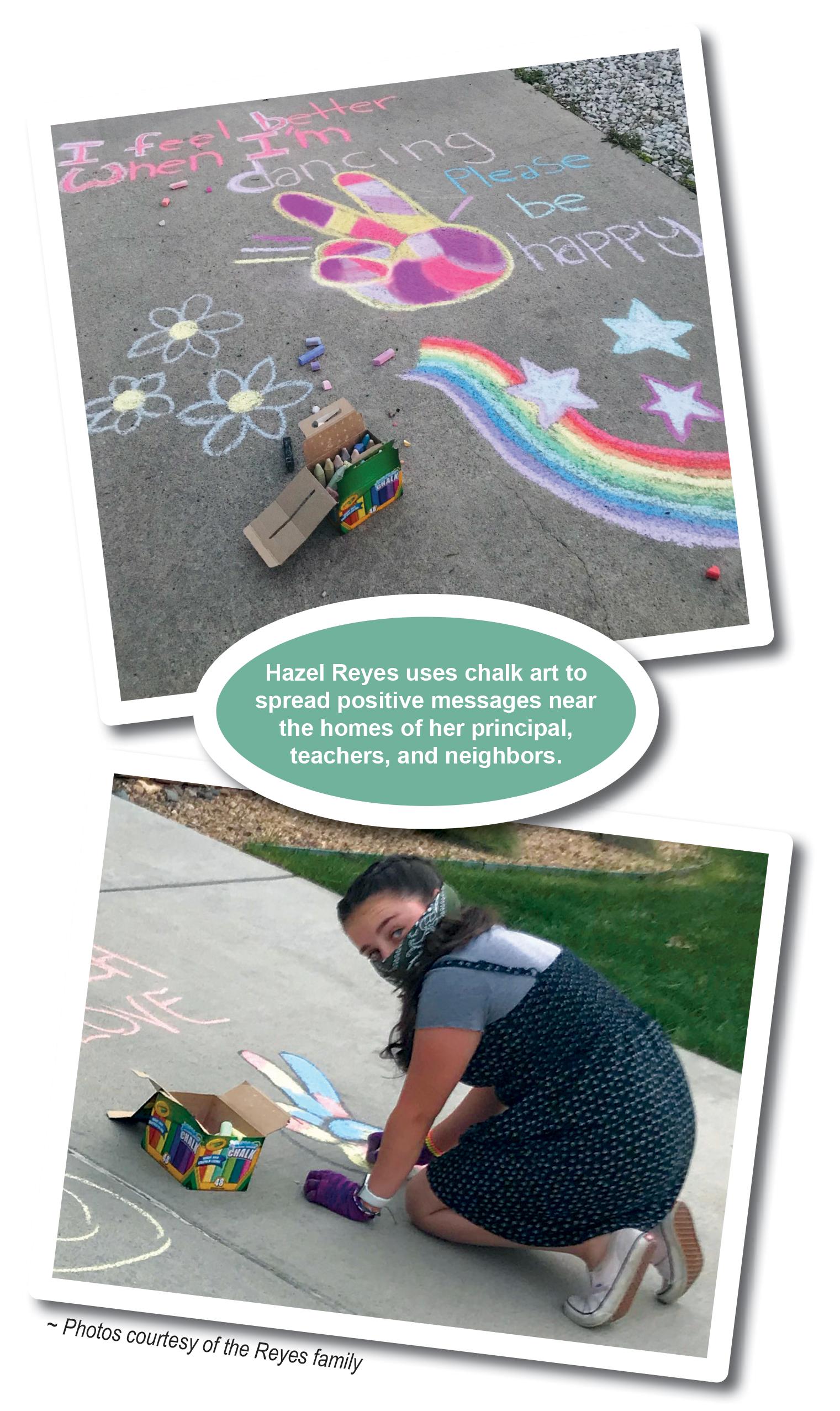 It was opening night, and 16-year-old Eli Brandt was excited to play the character of the Pharaoh in a production of Joseph and the Amazing Technicolor Dreamcoat. But instead, something more dramatic happened. The curtain never went up on the play, and much of the world retreated into COVID-19 lockdowns.

“I was really disappointed, and it was unsettling. The hardest part was not knowing what would come next,” says Brandt, a member of the theatrical Academy by Divabee in Fort Collins.

The next day, Brandt began to hear a song in his head. Instead of concentrating on sheltering at home, he focused on bringing his “cheesy little song” to life. His aunt, the academy founder, recorded him and his siblings performing “The Quarantine Song.” Lincoln, 19, used a nine-pack package of toilet paper as his “drum,” while 13-year-old sister Amelia shook bottles of disinfectant and liquid soap like maracas.

The song attracted the attention of Broadway star Laura Benanti, whose social media campaign Sunshine Songs highlights the artistic gifts of kids whose performances were canceled due to the pandemic. Out of thousands of submissions, Benanti chose their song as one of the acts in her YouTube Sunshine Songs productions.

“That was really great! This song helped us deal with our feelings and express them in a funny way that a lot of people maybe can relate to,” Eli says.

From virtual museum camps, to mowing lawns for older neighbors, to learning how to cook, young people can find ways to positively channel their passions, skills, and energy now, according to Fort Collins psychotherapist Michael Gitter.

“It’s tough for kids, teens, and young adults to be more isolated from their peers. But how they respond to these times will impact the rest of their life,” says Gitter. “If they stay bored and frustrated, they will get nothing out of this moment. But if young people decide, ‘I can bring even more light to myself and others now,’ they will make the absolute best of this pandemic, and learn how to cope and thrive in uncertain times.”

Gitter says it’s been heartening to see teens, for instance, seize these challenging times for good. “One 17-year-old girl said she’d always wanted to learn sign language, so she did. Two sisters learned how to sew from their mother and made masks for others.”

Then there’s 13-year-old Hazel Reyes. “My softball season was canceled, we switched to online learning, and it was really hard wondering when I would see my friends again.”

But Hazel decided to “look for the good” and “spread positivity” to retirees, teachers, and her school principal. “I took some chalk and wrote sidewalk and driveway messages like, ‘If there was no change, there would be no butterflies,’ or ‘You are loved,’ and ‘Don’t worry be happy.’ Over three weeks, I chalked about 95 homes. It felt really good to bring some happiness to others.”

As Hazel shows, even during these unsettling times, how we choose to show up in the world is under our control, Gitter says. “If we use this experience to deepen our character, cultivate courage, creativity, and helpfulness, this time can be a gift.”