Home > Inside the Teenage Mind

Inside the Teenage Mind

Ah, the teenage years! Moving away from childhood and gaining independence without the weight of adult responsibility. Teenagers are natural explorers pushing boundaries and seeking their own identity, but sometimes their paths can veer into unsafe territory.

It’s a time when the highs and lows of adolescence can be frustrating for parents—even scary. Understanding the brain science behind teenage behavior can help families balance a teen’s need for independence with safeguards against serious mistakes. 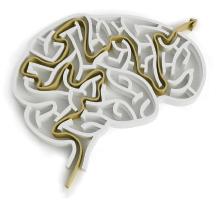 Adolescence is the 10- to 12-year period of intense social and psychological growth that transforms the dependent child (beginning in late elementary or early middle school) into a functionally independent young adult. Research shows that patterns of brain development during these formative years play a significant role in shaping a teen’s personality and actions. (Yes, there is a biological reason for those mood swings!)

The adolescent brain actually develops from back to front, beginning with the parts that control physical activity, then emotion and motivation. The prefrontal cortex, near the front of the brain, is known for controlling reason and impulse and develops last. This “voice of reason” region keeps developing until age 25, explains Dr. Usha Udupa, a child and adolescent psychiatrist for the Health District’s Child, Adolescent, and Young Adult Connections (CAYAC) Team.

Due to the staggered brain development, “typical” adolescent behavior can include emotional outbursts, poor judgment, and impulsive behavior. At the same time, the billions of nerve cells that make up the brain are controlling everything the teen feels, thinks, and does. They send electrical signals throughout the body, and these signals get passed from nerve to nerve by chemical messengers called neurotransmitters.

The main “feel good” messenger is called dopamine, and it’s responsible for the intense emotions that adolescents feel, Udupa says. “These neurotransmitters are also tied to impulsiveness and immediate rewards. It’s the reason why teens are more likely to try something risky because ‘I want it and I want it NOW’ is the urge they feel.”

It is often hard for teenagers to see the big picture and to consider the outcomes of their actions, so she advises parents to set two non-negotiable rules around safety, such as never drink/get high and drive and never share nude photos on your cell phone.

Experimentation, even with substances, is normal. Make your values clear, learn current information, and have honest discussions about the potential consequences of underage drug and alcohol use—poor decision-making, addiction, even serious legal trouble—whether the teen is high or just has friends riding in their car with substances. Take the time to explain why you frown on certain behaviors, but give your teen space to figure out what they value.

“Parents do themselves a favor if they see that this is a natural developmental phase and work with their teens instead of expecting no risk-taking at all,” adds Marybeth Rigali-Oiler, clinical child and adolescent psychologist for CAYAC. 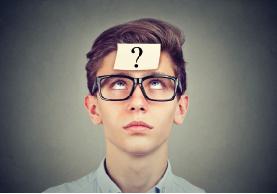 Adolescence is a time when underlying mental health conditions often become more obvious. Some people’s brains just work differently, and if a teen is experiencing challenges because of how their brain works, it’s an important health issue requiring professional help to understand and adapt to the differences. In addition, the teen years add new stressors that can really impact their lives.

“Research shows that the number one stressor for kids is academic pressure,” says Rigali-Oiler. “Add to that, access to situations that might put them at more risk, like bullying on social media or access to drugs and alcohol, and you have the perfect storm of life stressors and brain development that can lead to mental health issues showing up in the teenage years.”

If you notice a 180-degree change in your teen’s personality, she suggests checking with the school counselor about any changes in behavior and consulting a mental health provider.

If the issue seems serious, CAYAC is available to help families sort through the issues and options and connect to the right service to meet their needs. CAYAC works with ages 0 through 24 and their families and offers screenings, assessments, testing, care coordination, and appropriate referrals to local therapists. (See Resources box for contact info.) If there is a mental health crisis or self-harm is involved, go to The Crisis Center on Riverside or call 911.

Finding the proper help for your son or daughter can take time and patience. “I warn parents when they hear of a treatment that is a ‘quick fix’ for any mental health issue, it likely is too good to be true. It’s important that there is research and science to back up the treatment plan for that teen, otherwise it may not be a positive outcome,” Rigali-Oiler says. “And it’s really hard to get a teen back into treatment once it hasn’t worked in the past.”

One of the skills being fine-tuned during the teen years is satisfying needs and desires. However, when a teen takes drugs in order to feel good, it interferes with the body’s natural abilities. For example, when we eat a tasty meal, the neurotransmitters in our brain send the message that tells us we feel good. We seek more of this satisfying feeling which helps us not to starve.

But drugs overload the body with dopamine, causing too many “feel good” signals to be sent. In response, the brain systems let fewer of these signals through in order to try to restore balance. In time, the body needs more of the drug to feel the same high as before.

The effects continue even when an addicted person stops taking a drug. Their dopamine levels stay low for some time, and they aren’t able to feel regular pleasure in life.

Most of the time, the brain will restore the dopamine balance, but it can take anywhere from months to years, depending on the drug and the amount/length of use. There can be permanent brain damage in heavy users.

Teens may also turn to substances as a way to cope with challenges or to numb the pain. “Unfortunately, it can be a lot easier for some teens to smoke, or sniff, or drink than to actually go through the emotional process of facing their fears,” says Elissa Baker, outpatient director for Turning Point Center for Youth and Family Development in Fort Collins.

Turning Point sees between 500 and 650 adolescents a year who are battling substance use or co-occurring disorders like anxiety/depression along with addiction. They offer a range of services for teens and families including residential treatment homes for males and females, outpatient programs, groups, and one-on-one therapy.

While teens often report that they begin using drugs to fit in with peers, parents do have a role in prevention. Experts say that parents who model healthy behavior when it comes to substance use have children who are less likely to experiment early, and are more responsible when they do partake.

Baker adds: “Parents should also talk to teens about their mental health and how to regulate their emotions in healthy ways, because that goes a long way to increasing protective factors that keep kids safe.”